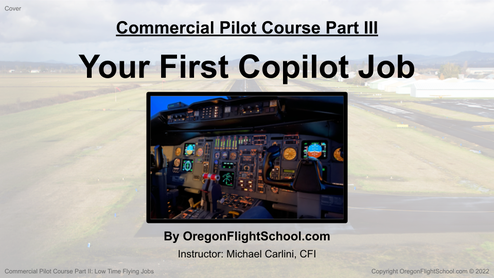 You’ve just been offered your first job as a co-pilot in a jet.

Your journey in aviation thus far may have included towing banners, flight instructing, or dropping skydivers. Perhaps you recently passed your commercial pilot checkride and are fortunate enough to know someone who was looking for a copilot in their Cessna Citation. Whatever the case, landing this job is a major step towards your dream.

And you have absolutely no idea where to begin.

So many questions, so many unknowns. You aren’t scared, but you don't know what to expect - nor do you know what is expected of you. You don’t want to make a fool of yourself on the job, but you don’t know where to find the answers that you seek. Like every other aviation training event that you have undertaken, you want to show up prepared and ready. You are a professional aviator now, and you want to act like it.

Due to the limited resources of most small flight departments, it is likely that no one will sit you down and explain exactly what you will be doing as a copilot. For the most part, you will be expected to learn everything on the job, by observation. No one will tell you how extensively you should study, nor which sections of the large flight manuals are most pertinent to your job. Copilot training for most part 91 corporate flight departments will cover the bare minimum FAA requirements of flying the airplane, and if you fly infrequently, you may not have the opportunity to become truly proficient.

This course was created to shed light on what the job is all about  - to provide some direction and to help relieve feelings of nervousness and anxiety to the first-time part 91 copilot. There is so much to know that is specific to this kind of flying, and the role of the copilot in particular.

The course is currently under development and will be available soon! Sign up at the bottom of the page to be notified when this course becomes available.